SANDRINGHAM.... THE BEGINNING OF A FARMING COMMUNITY


Sandringham was one of eight land settlements created by the Commission of  Government to promote agriculture in Newfoundland and was developed under a three year plan.  The site selected to begin this new community was a small but well-wooded, low lying coastal plain (the bottom of a former lake) bordering on the land-locked Northeast Arm of Alexander Bay. This area was formerly known as simply "The Arm", a good place for woodcutting and berry picking. Among the eight land settlements, Sandringham was one of the few to be completed on time and within budget and proved to be one of the more successful of the land settlements, a tribute to the settlers, since of all the land settlements, they had the most difficult land to develop.

It is said that there were several very unique requirements (by today's measures) that had to be met in order to become a settler. Some of these include religious orientation, which stated that you must be Church of England and also that you had to be married. A fee of $25 (?) was also required.

At the outset, families were selected from applicants who had at least one able-bodied man who could participate in the arduous labour of land clearing and building a community. When it was first settled, the community had three oxen to use - Beaver, Brandy and Paddy. Paddy later found a home with Billy Oldford. The government also supplied two horses and when one of the oxen died it was replaced with a third horse. The community was named Sandringham, after one of the Royal estates in England.

Alex Stentaford was Sandringham's first manager, Baxter King was bookkeeper and George Turner was cook. Kenneth Bradley was carpenter foreman and blacksmith. Tractor drivers for Sandringham Land Settlement were Avalon Squires, Kenneth Squire and Harvey Oldford. The second manager was Clarence Badcock, then Rabb Carnell and then Gordon Janes. Annie Babstock was one of Sandringham's first teachers. She taught school at the old bunk house in the early 1940s. While teaching, Annie met her future husband, Baxter King (bookkeeper).

In 1944, among the eight land settlements, Sandringham had the largest production of potato and turnip and the second largest yield of cabbage; it ranked third among all Newfoundland land settlements in per capita production of potatoes and third in turnip yields. It ranked eighth in cabbage production. In just four short years, Sandringham had become well established as one of the islands leading farm communities, a role it did not relinquish until recently. This was a remarkable achievement!!!

Sandringham's Co-op, located 75 to 79 Main Rd, was managed by Reginald Samson. When the Co-op ceased operation, the building was purchased by Ray Bradley and was used as a private enterprise grocery store.

When someone in the community died, the men would gather at the top loft of the mill to make the casket. Tom Hapgood would oversee the making of the caskets and his wife Rachel would make the linings. Aunt Rachel's children remember her keeping the lining for caskets in her bureau drawer. She also kept her sweet biscuits in the same drawer because she knew the children wouldn't go near that drawer. The mill burned down on Bonfire night 1963. It was suspected, but never proven, that young boys may have started the fire.

In the late 1940s, the gentlemen of Sandringham decided to form a club which was known as the Sandringham Discussion Club. (Sorry, we have no exact dates or membership list) It was at one of those meetings that the gentlemen decided to form either a Church of England Assistant Association (C.E.A.A.), Orange Society or Society of United Fishermen ( S.U.F.) A vote to form the C.E.A.A. was carried unanimously. The C.E.A.A. was formed in Sandringham in 1950. After receiving it's charter, the C.E.A.A. met for a few years, then gradually faded out. Nobody knows the exact date of termination.
The C.E.A.A. held it's meetings in the school until they had cut enough logs to be sawed into lumber to build their own  building. The C.E.A.A. building was built on the main road in the general area of where the pump house sits today. Their meetings, like the Orange Society and the Society of United Fishermen, were members only and were never discussed outside of the meetings.
The men (the C.E.A.A. only allowed male members) would parade through town every year ending at the Holy Innocent School chapel for service, conducted by Rev. Graham. Following the service, the ladies served supper.  When the tables were cleared, they closed out the day with a dance.
The Diary of Baxter King: Sandringham's first manager 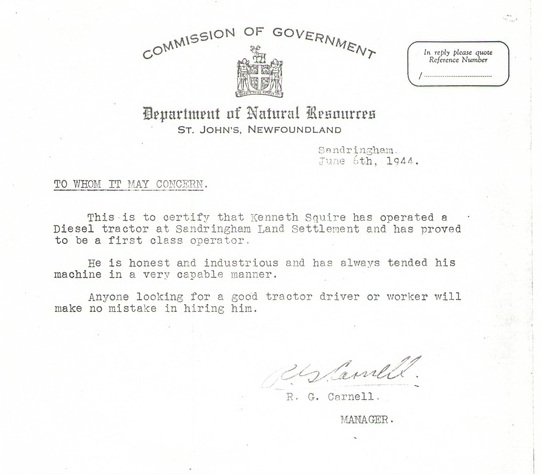 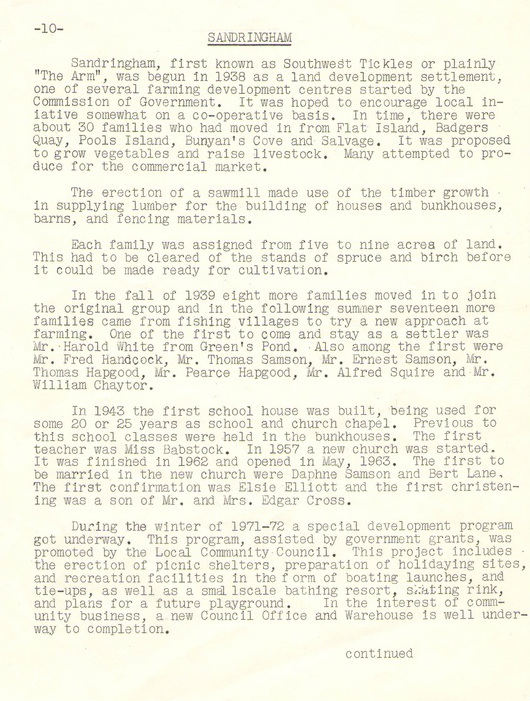 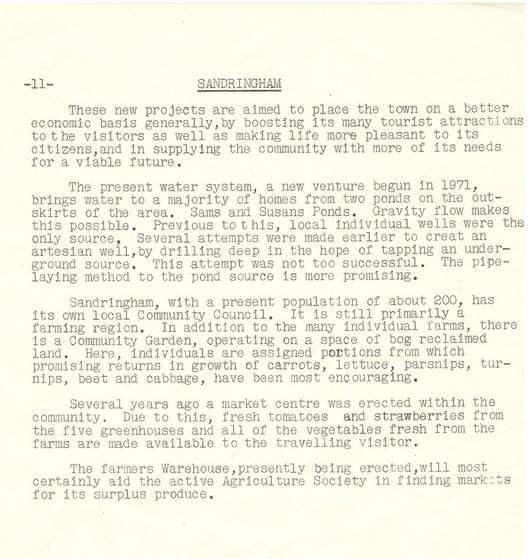